A Gift Of Thanks To Our Soldiers !

If you go to the website LetsSayThanks.com you can pick out a 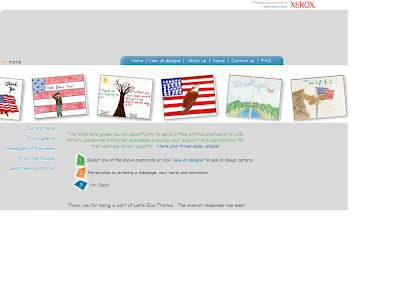 thank you card that Xerox will print and send to a soldier that is currently serving in Iraq.

You can't choose who gets it, but it will go to a member of the U.S. armed services.
How AMAZING it would be if we could get everyone we know to send one!
Posted by Medini Pradhan

History of the UK Mother's Day

Why is Mothering Sunday on different days each year?

Mothering Sunday is not a fixed day because it is always the middle Sunday in Lent (which lasts from Ash Wednesday to the day before Easter Sunday).

The History behind Mothering Sunday

Mothering Sunday was also known as 'Refreshment Sunday' or 'Mid-Lent Sunday'. It was often called Refreshment Sunday because the fasting rules for Lent were relaxed, in honour of the Feeding of the Five Thousand, a story in the Christian Bible.

No one is absolutely certain exactly how the idea of Mothering Sunday began, but it's known that on this day, about four hundred years ago, people who lived in little villages made a point of going not to their local church but to the nearest big church. To what was called the Mother Church. And some would go to the nearest city to worship in the cathedral.

People who visited their mother church would say they had gone "a mothering." Young English girls and boys 'in service' were only allowed one day to visit their family each year. This was usually Mothering Sunday. Often the housekeeper or cook would allow the maids to bake a cake to take home for their mother. Sometimes a gift of eggs; or flowers from the garden (or hothouse) was allowed. Flowers were traditional, as the young girls and boys would have to walk home to their village, and could gather them on their way home. The food item specially associated with Mothering Sunday is the Simnel cake. A Simnel cake is a fruit cake with two layers of almond paste, one on top and one in the middle. The cake is made with 11 balls of marzipan icing on top representing the 11 disciples. (Judas is not included.) Traditionally, sugar violets would also be added.

The name Simnel probably comes from the Latin word simila which means a fine wheat flour usually used for baking a cake. There's a legend that a man called Simon and his wife Nell argued over whether the cake for Mothering Sunday should be baked or boiled. In the end they did both, so the cake was named after both of them: SIM-NELL.
Posted by Medini Pradhan 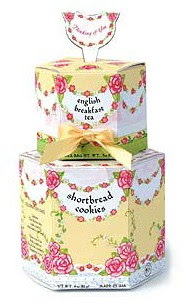 This special day provides the perfect opportunity to lavish special attention on the woman who brought you into this world.

Mother's Day also gives husbands a chance to show their appreciation to their hard-working wives. Why not honor the occasion with a thoughtful and unique Mother's Day gift? A traditional item like a fragrant bouquet is lovely, but she'll be surprised and delighted if you present her with something unexpected and unique for Mother's Day 2007.

Instead of giving a pyramid of chocolate, a gift basket of tempting treats (Call us 847-277-1483 if you want to order one anyway !) or a bottle of bubbly this year, why not be different? Give your mom a health kit to get ready for the summer.

With so many inexpensive or low-cost fitness products available, it’s easy to combine several items into a customized Get-Fit Gift Basket.

Here are 2 ideas that will get you excited about Mother's Day !

A Mom who likes to run, hike or bike....Why not give a "get going to fun places back pack" ?

Quote : The most important thing a father can do for his children is to love their mother. --Henry Ward Beecher

Back To Elegantly Expressed Gift Baskets